snap shockwaves and knuckle position for boxing or mma

the difference you see there was in less than an hour, I’ve measured it scientifically on the strikemate, regardless of body position, changing the way you finish your punch with your arm, and wrist position can add up to 70% more power to the punch. Regardless of how good or bad the base body mechanics used.


it’s obvious to the trained eye she’s a beginner, but so is the difference when she’s punching with no twist,with the sharp breath and pullback. For the more advanced I also put between 23-28% more power on all Bradley scotts punches, in a few hours, this increase was purely down to altering his wrist and fist position (this inturn alters the core mechanics), and the way he finished the punch. Bradley was already known for his power,and he was turning his wrist at first.until he felt the power difference,it can literally make your normal punch feel crap,like brad mentions in the clip,and i put my mouth in it by telling him,what felt crap almost instanly,after he got the kinetic cross,was the way he normally punched with the twist and swing. IT CERTAINLY WASNT THAT HE WASNT ALREADY HITTING VERY HARD hes broken plenty of people, his normal cross was over 48,000cu on the strikemate,by far the best and most powerful ive seen,the kinetic punch i showed him had 26% more power in comparison


with the light snap or shock on the jab, and pulling the arm back faster, than you throw it out, thats According to the science, any twist or rotation of the punch only reduces power, compared to keeping the fist vertical, and concentrating on digging in part of the middle knuckle,of course thats depending on the glovee your wearing, these aren’t just things I’ve noticed, they’ve all been tested scientifically


there’s more here in detail with a video playlist from brads visit, we also tested the punches on the strikemate, while he was there, to set it in science, I’m teaching him kinetic punching here for MMA , compared to his boxing style I was showing in the last clip, in part 3 I’m talking about the type of snaps or shockwaves, and how the arm is used to change the impact or level of power, combined with the body mechanics.

Why does the gun site make it easier to aim?
"A sight is a device used to assist aligning or aim weapons, surveying instruments, or other items by eye. Sights can be a simple set or system of markers that have to be aligned together as well as aligned with the target (referred to as an iron sights on firearms)"
when your punching,you normally only have,your two eyes and a jab and the intended targets,theirs no sight,no tool to aim your punch,its normally only hard work,repetition and training to get a better understanding of each distance.With only one point of impact,its much harder to aim the punch
like a gun with only a one sight on the end of the barrel,because there's no point to judge the distance or the alignment,it makes it much more difficult to aim precisely.

if you have two targets when you throw a punch.the Primary point of impact and the secondary point of impact. then this is effectively giving you a set of sights for your punches,significantly improving your depth perception,Aim and damage given out.this is also using specifically designed types of shockwave.
first i want to talk about the kleaving shockwave,it tends to measure,similar or just above the deep shockwave,but there was instantly something very different about the kleave. With any other punch when i tense i can deflect the strike to my stomach,it still hurts the surface of the skin but doesn't penetrate,even with the Ripping shockwave that has up to 40% more power than the kleave,but with the kleave stands out this is the only punch i cant block,it still hurts,directing this in the right angle,will deliver the most force not just to the first target,but into the body and head much more effectively .
so using the various versions of kleaving shockwave on the end of the kinetic punch for MMA,or the ripping and boxing kleave for boxing style gloves is the first key to success,because these provide the best angles need,to give you the best trajectory,for the most damage and giving you the highest chance of the one punch KNOCKOUT,To the body or the head
Lining up your normal targets with the one Main secondary Target, which is the SPINE!
The part of the spine you aim for is different depending on which punch your using and which part of the head or body your aiming for,theses will give you the the best "Critical angles for maximum damage ".
Another major thing you get from this is the perfect depth,of the punch,the trajectory allows the force to go into the body,rather than knocking someone back wasting energy.

more to come on this

The kinetic punch has been designed as the ultimate, “ADD ON” to your boxing/striking for MMA. This is a complete game changer. Tested scientifically this can double the power of your punches and give you a significant advantage over the standard punch used for MMA.  For a start the extra reach means your opponent will no longer be able to lean back to dodge, like you do with a boxing punch. With the targeting system being redesigned as well, significantly reducing the chance of missing with a punch. Another one of the big advantages of the extra head movement, meaning your head is no longer in the position it usually is, for a counter punch. This forces the opponent to readjust, just like with the extra reach. As regards body movement the shoulder doesn’t drop, like in boxing this means the movement/timing is also unfamiliar, the fine movements you pick up in sparing (like the drop of the shoulder) to tell you the other guys is punching, are no longer there to spot, because of the slight change in movement, this changes the timing of the boxing punches and will throw your opponent off big time.
But the One main advantage’s is the huge step up in power across the board. In a nutshell these are the percentage increases in the kinetic punches power compared to a standard boxing style punch that used for mma at the moment

Shockwaves are trained on the end of the punch elbow or kick, to make them much more explosive, there’s also a considerable step up in power with them as well. Here’s an example, the Kinetic jab+ Light shockwave has 40% more power than the same boxing punch, Deep shockwave +70% Ripping shockwave +110%

At the last kinetic punching seminar, one of my students Michael badger, a Muay Thai instructor who’s , trained and taught for over 20 years, he smashed the old world record set by a professional boxer. His best boxing punch was 21,798cu, I improved this boxing punch first, stepping that up to 28,580.but it was the kinetic punch that had the biggest step up.

This meant that I put a total of 144% more power on his punch, and his kinetic punch had 63% more power, than his boxing punch

the other new addition to the kinetic punch is a brand new targeting system designed for all of your striking soperts, this just like the kinetic punch; it’s a set of basic principles.but this that can be added on to your boxing/muay thai/mma/kick boxing. It’s been designed to significantly increase the amount of punches landed and the effect/pain that they have on your opponent when they land. This uses a combination of the specifically designed Kleaving shockwave, and the new redesigned targeting system .meaning regardless of what target or area you are striking; it will always have the maximum effect possible, when it lands. The interest is starting to go through the roof and I’m only going to have a small number of gyms officially teaching this. I’m available for seminars, workshops and private lessons. for more information,
You can contact me here .kaarl52@hotmail.com


And here https://www.facebook.com/karl.eastwood1
Posted by Unknown at 08:46 4 comments:

Ive been working on the most effective targeting system,and ive had a real break through,as regarsd targeting,its the way the kinetic punches were always targeted,this is different to say the same hook punch in boxing,because the tradjectory is different.this can significantly improve the number of punches landed and the effect of them,Of course the biggest difference is when you use it with the kinetic punch,but its also light years ahead of the way punches target the punches,a whole different way to think about things.every one of these strikes,does more damage than any way ive found before.and it seems to have a hell of alot to do with the human magnetic field, the earth and a black hole? ever heard of the Torus field? 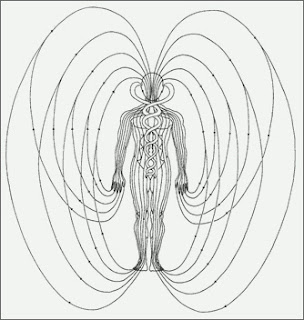 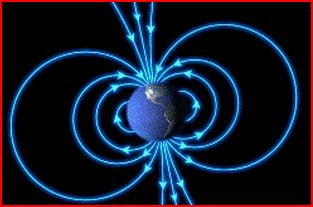 ThatsTwo Official Punching World Records so far, one for speed and the other for power and speed, thanks to the shockwaves and the kinetic punch

1,The most single handed punches in ten seconds

RECORDSETTERS LINK
Posted by Unknown at 09:59 No comments:

Breaking world records with power punching and speed punching,well thats one in the bag! Im the New and official world record holder of most punches in 10 seconds with one hand.
I might have a few challengers though

https://recordsetter.com/world-record/one-handed-martial-arts-punches-10-seconds/43373
Posted by Unknown at 04:08 No comments: